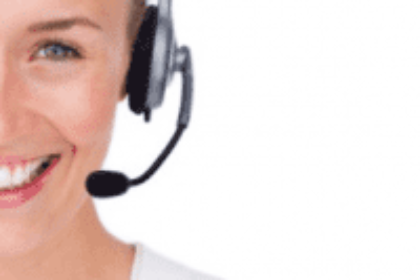 The technological world is never static.

New and innovative versions of software are constantly released and, once that new product is out the door, a group of developers will already be knee-deep in the next iteration. This is the software cycle.

Fortunately, this evolving sense of change presents some interesting benefits and choices to the end user. The new product may represent inventive changes and better technology, but that doesn’t mean a company will instantly switch over. There are architectural and compatibility issues to deal with, not to mention the cost of upgrading, and ultimately, of course, whether the upgrade will actually improve their productivity and workflow.

The IT and service desk sector deals with very similar issues; many companies are now at a crossroad with the recent release of Microsoft’s SharePoint 2013.

The short answer is that SharePoint 2013 doesn’t rewrite the standard, but builds upon an already solid base.

Microsoft has done a lot to tune up SharePoint architecture in an effort to speed up usability and processing. They have sidestepped the usual trap that comes from innovation and have managed to overhaul many of the systems that were auxiliary to SharePoint 2010 to make them more useful and feature rich, while keeping the service compatible with earlier versions.

For example, the document automation services in SharePoint 2010 were limited to Word and Excel files, which could intuitively turn said files in HTML or PDFs for other uses. SharePoint 2013 keeps this functionality, and builds upon the help desk standard feature by adding the ability to convert PowerPoint files, as well. Another upgrade is the FAST search function; originally this feature was a separate module, but SharePoint 2013 folds it into the standard search bar which speeds up access to relevant information. For the IT sector, the most pertinent feature in SharePoint 2013 is the Request Management service, which allows easy ticket prioritization and smarter routing logic.

On top of the entire program is a new user interface, modeled after Microsoft’s “Modern UI,” which is used in Windows 8 and new Windows phones. While this change may veer away from the help desk standard, Microsoft promises that the UI is just as intuitive as that of SharePoint 2010, and has added functionality to make more tedious processes faster.

One of the major features being touted for SharePoint 2013 has to be a greater emphasis on social computing. Microsoft hopes companies will utilize their upgraded community functions in a move toward further discussion about an issue or product and connect workers from all parts of a company.

SharePoint 2013 allows for community templates to be placed as either standalone pages, or worked into the existing structure that can be accessed by the employees to share thoughts and data.

The functionality is familiar to anyone who uses Facebook, Twitter or LinkedIn. Not only can a user start large discussions, they can also post links to interesting information, follow other employees to keep up with their sharing, and customize their feed to deliver the information they want. As a way to bind a company together or foster open discussion, the updated social computing features of SharePoint 2013 steer the help desk standard away from isolated users toward a more connected business.

Creative Commons Attribution: Permission is granted to repost this article in its entirety with credit to Crow Canyon Systems. Using Barcodes and QR Codes in IT Asset Management How Can I Help You: Advanced Call Center Software through SharePoint