Microsoft Forms is not a replacement for InfoPath forms nor can it serve as a ticket or request management form. However, it does have uses for creating surveys, quizzes, and questionnaires. In this article, we will look into creating a survey and using that to gather feedback from users.

You create the survey in Microsoft Forms and then distribute it in various ways to your users. It can be used on its own or in conjunction with our SharePoint applications, NITRO Studio, or Employee Self-Service Portal. The process is simple.

Microsoft Forms is included with Office 365 subscriptions at no extra cost or licensing. (The recently released Microsoft Forms Pro does require extra licensing, more on that at end of this article.)

Creating the Survey in Microsoft Forms

Once in the Forms tool, you can design your survey. The survey can have a rich set of questions, whether drop-lists, choices, text boxes, ratings, and more. It can include branching and other features. You can require fields, only allow one response per user, and enable other similar settings to customize the form how you want.https://www.youtube.com/embed/vIZe7wDKn5Q?wmode=transparent&autoplay=0

Once the survey is created, it can be distributed in the following ways:

Any or all of these methods can be used to distribute the survey. Note that the survey will also show up well on mobile devices.

The responses are tallied at a site within the Forms tool that is only accessible to the Form creator or others who have been given the proper permissions. The response results give basic information about who responded, what their answers were, and what the running totals are. For more in-depth analysis, the results can be exported to Excel.

The responses can also be shared in the same ways that the survey is distributed:  A link to the response page can be put in email; the link can be put in a Classic UI page or other web page; an iframe can be embedded in a Classic UI or other web page; the Modern UI web part can display the results; and a QR code can be generated and sent to managers.

Microsoft Forms Pro, which costs $100/month for 2,000 responses, provides more analytics for the responses. The Pro version is not needed to run a survey and collect responses; its purpose is to add features and capabilities to surveys and other forms for organizations who need more sophisticated surveys and response analysis. 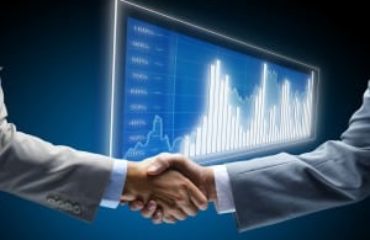