Power Apps, part of Microsoft’s Power Platform, comes with most Office 365 subscriptions. But Power Apps in Office 365 does not include the full capabilities of the tool. As Microsoft’s February 2020 licensing guide to Power Apps states, “Limited Power Apps use rights are included with select Office 365 licenses.” But what exactly does “limited” mean?

What comes with the Office 365 subscription, at no extra cost, is a limited version of Power Apps. This version, called “Seeded Power Apps”, includes the following:

Let’s examine these in detail.

Canvas Apps but not Model-driven Apps
Canvas apps start with a blank design screen; the designer builds the application from scratch. Model-driven apps use components based on data models and business processes, which makes it easier to build out applications that fit common business scenarios.

Standard Connectors, but not Premium or On-premises Connectors
A connector is a way to access business data, whether inside or outside the organization. Standard connectors link to some data sources within the Microsoft 365 environment as well as some services, usually free ones, outside that environment.

Premium connectors provide a much wider range of connection options, including to SQL Server, Dynamics 365 data, and paid-for outside services like Salesforce. Premium connectors also include the On-premises Data Gateway for connecting to SharePoint 2013, 2016, and 2019 data.

A complete list of connectors can be found at: https://flow.microsoft.com/en-us/connectors

Conclusion
The limited version of Power Apps that comes with an Office 365 subscription gives organizations the ability to create applications using the canvas apps interface and standard connectors. This may be sufficient for many organizations. But if premium connectors, on-premises gateways, or use of Power Apps Portals are needed, a Power Apps or Power Automate standalone plan will be required.

As Microsoft states in its licensing guide:

But, of course, it is up to each organization to decide what features and capabilities it needs, and to determine the cost/benefit of sticking with the limited version of Power Apps that comes with the Office 365 subscription versus going with a standalone plan. 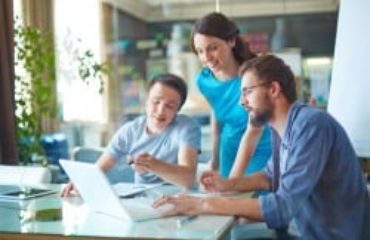 Application Portals & Intranets: How Do They Interact? 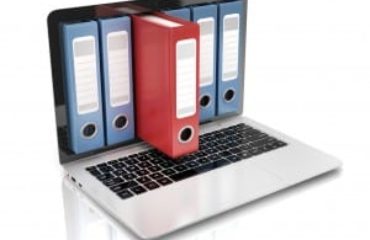 Recover Easily from a Disaster with Electronic Document Management