SharePoint 2016: It’s all about the Cloud Last May, the long-awaited unveiling of SharePoint 2016 took place at Microsoft Ignite 2015 in Chicago. Since then, the SharePoint community has been on their collective seat-edges, anticipating the feature set and, in particular, how it will get along with Office 365. As the month of August 2015 neared its conclusion, Microsoft shared a downloadable preview of the latest version of SharePoint, effectively giving all of us a sneak-peak into the SharePoint 2016 looking glass. So… what did we see?Before jumping into the details, let’s step back and look at the big picture. The narrative of SharePoint 2016 is really twofold: on one hand, we have a collaborative product that is more user-friendly, faster, and more stable than its 2013 predecessor. On the other hand, we have a Microsoft balancing act… engaging with on-premise enterprises, but inevitably walking steadfast towards SharePoint’s true calling: the Cloud.

Make no mistake, the buzzwords have been flying at breakneck speeds: hybrid, compliance, search, HTML5, and collaboration to name a few. But, at the end of the day, it’s all about the Cloud. It’s the fate of SharePoint and nearly every other data-centric solution.

As for new features, SharePoint 2016 succeeds at addressing many common complaints while prudently adding in new features that benefit usability without alienating 2013 users. Let’s start with the buzzwords.

Hybrid
In terms of features, we’re talking about “cloud hybrid search.” SharePoint users have been asking for a way to search for content across both SharePoint and Office 365… and now they have it. In essence, all content (including on-premise content) is indexed in Office 365. When that index is searched, users will be presented with results from both on-premise and Office 365 cloud services. The caveat is that, right now, this only works for Office 365 searches.

Compliance
SharePoint 2016 now has a spiffy new Compliance Center designed to facilitate content retention and deletion. In short, policies can be created that preserve items in SharePoint and OneDrive for a fixed time period. Conversely, items can be given an expiration date — deleting them automatically after a specified time.

HTML5 / Mobile
With an eye on the mobile market, SharePoint 2016 is expected to be wholly device agnostic via full compliance with HTML5 standards. This means that the new SharePoint will seamlessly synchronize and present a consistent look & feel across all devices, regardless of screen size.

Security
Application security is really the linchpin in eventually converting on-premise based organizations to a 100% cloud environment. Rome wasn’t built in a day, though, and Microsoft realizes that SharePoint cannot abandon their on-premise base; the gradual shift towards the Cloud is indeed that… gradual, but at the same time, inexorable. The migration towards Cloud-based infrastructures is only possible if Microsoft continually ups its security game, and it’s done that in SharePoint 2016. Some key changes include a move away from Windows identities and a transition towards claims-based authentication. Azure Active Directory is now trusted by default and open standard based authentication formats, such as SAML and OAuth, are being quickly standardized. Lastly, SharePoint 2016 will support the use of encrypted SMTP connections using non-standard ports.

Stronger, faster, smarter
As expected with a new release, under-the-hood changes help to keep the solution relevant to current technology. SP2016 is no different via the introduction of a group of features designed to keep pace with expectations:

A gentle transition
The approach of Microsoft to SharePoint’s ultimate transition to a fully Cloud-based solution is akin to the tortoise beating out the hare. “Slow and steady wins the race,” as the saying goes, and Microsoft is banking on using attrition to slowly wear-away the last vestiges of on-premise based features. The “hybrid philosophy” is really just a placeholder of sorts — a marketing term that promotes an environment that enjoys the best of both worlds. In reality, on-premise environments will rely more and more on the Cloud… or “cloud-accelerated experiences” as Microsoft terms them. Some examples of these include the hosting of video in Office 365, the use of OneDrive to manage files across devices, and the use of Office Delve for on-premise users.

SharePoint 2016 reflects the IT world we live in: an ever-evolving one where change is fueled by our growing technological capabilities. Data is getting bigger, storage capacities are growing, and data transfer speeds are ever-increasing. The age of the Cloud is dawning and the need for “accessibility” will ultimately trump other, more traditional, requirements. Microsoft is well-aware of the writing on the wall and, for the most part, seems ready to deliver a solution that satisfies both the Cloud and on-premise camps. 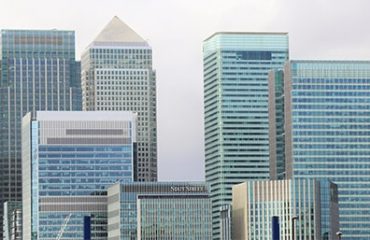